We met up with Indivisible Acadiana and helped to pick up trash downtown Lafayette for a prequel to Earth Day, and we enjoyed meeting with Matthew, Christi, John, and Agnes. Much like our meeting with our compatriots in Prescott, we found we shared similar views and the impetus to take action since the election, and we learned about environmental actions being taken to protect and restore Louisiana’s coast. They are recycling oyster shells to build oyster reefs which will also help provide fishing habitat and improve water quality. Lafayette provides discounted rain barrels to reduce storm water runoff pollution, among other benefits.

Our 2 degrees of separation was at play when we met Agnes Courville, an activist originally from France, who had recently hosted Laura Kangas in her Airbnb (Joan Gold’s daughter). 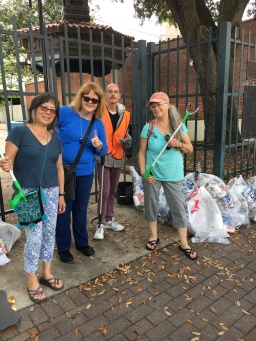 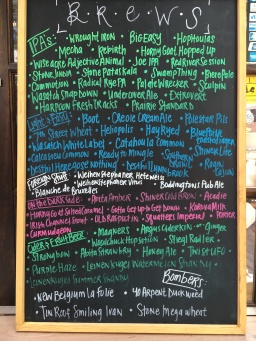 LOVE the names (& tastes) of the local beers

Our first attempt to go on the waters of the Atchafalaya with our Airbnb hosts & Cajun Customized Excursions guides, Mark & Peggy, was foiled by impending thunderstorms, so they took us to their local brewery, Bayou Teche. We heard the final set of an excellent zydeco band, and stayed on for a trivia game (name that tune from the 70’s through current pop hits). Somehow we managed to win a case and half of beer by recognizing such obvious songs as Warren Zevon’s ‘Werewolves of London’ & ELO… Helps to be an ‘oldie’…

So we awoke Easter Sunday morning, and put on our finest, wrinkles and all, to attend Easter services at St. Charles Borromeo, a beautiful church in Grand Coteaux about 15 minutes away. Maggie and I figured we were set for the week then, and on a parishioner’s advice, we went for a Sunday brunch in Lafayette at the Blue Dog Cafe. We were not disappointed, either in the food or the great blues music provided by Marty Christian and Lee Allen Zeno (who has played with Buckwheat Zydeco, and many others). Filling our plates with: Crab cake eggs Benedict, Andouille cabbage, oyster cornbread stuffing, Dirty Dog rice, sweet potato crunch, Gouda grits with pork grillade, sautéed veggies, creamed spinach crawfish enchiladas, bacon & bottomless mimosas or champagne. 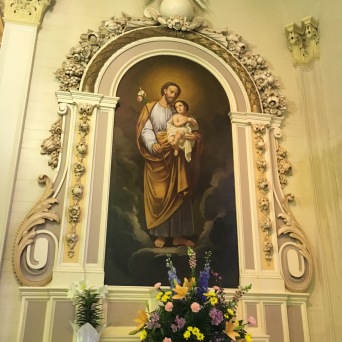 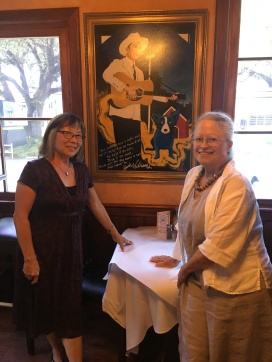 We finished our Easter Sunday by going out to Avery Island, owned by the Avery family for almost 200 years. The island is home also to Tabasco sauce, but the factory tour was not open on Sunday. We did tour the beautiful Jungle Gardens, which hosts hundreds of egrets who are nesting now. A Buddha was given to the McIlhenny family and a little pagoda was built to house it, above a pond. We met a charming young couple from Spain (now living in Dallas), and tried to share some ‘tips’ to see in the area. 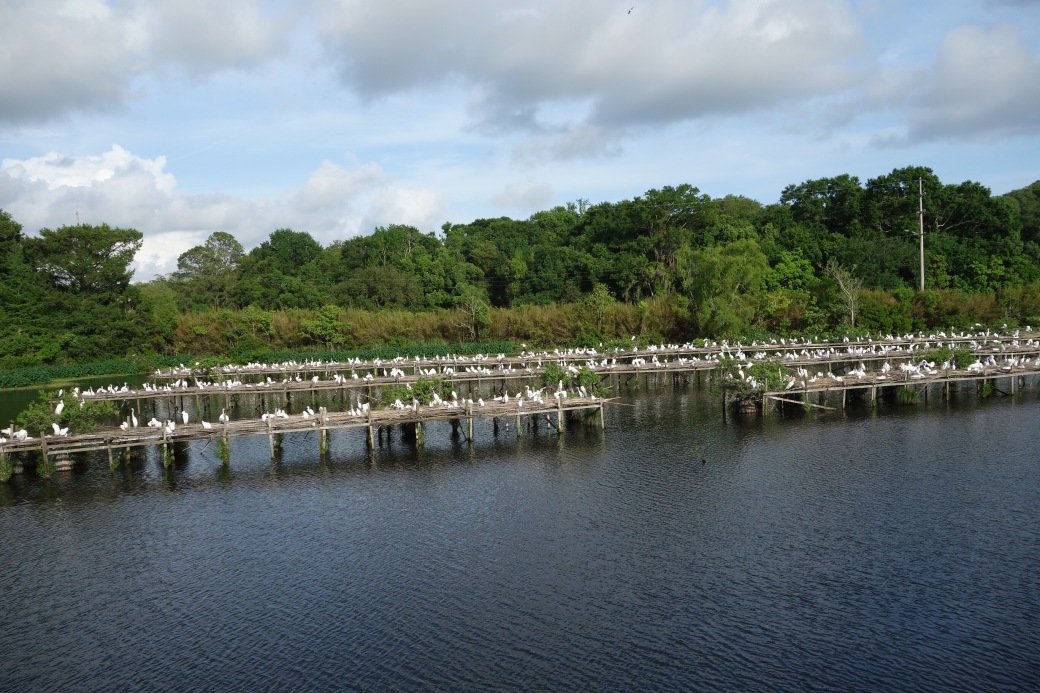 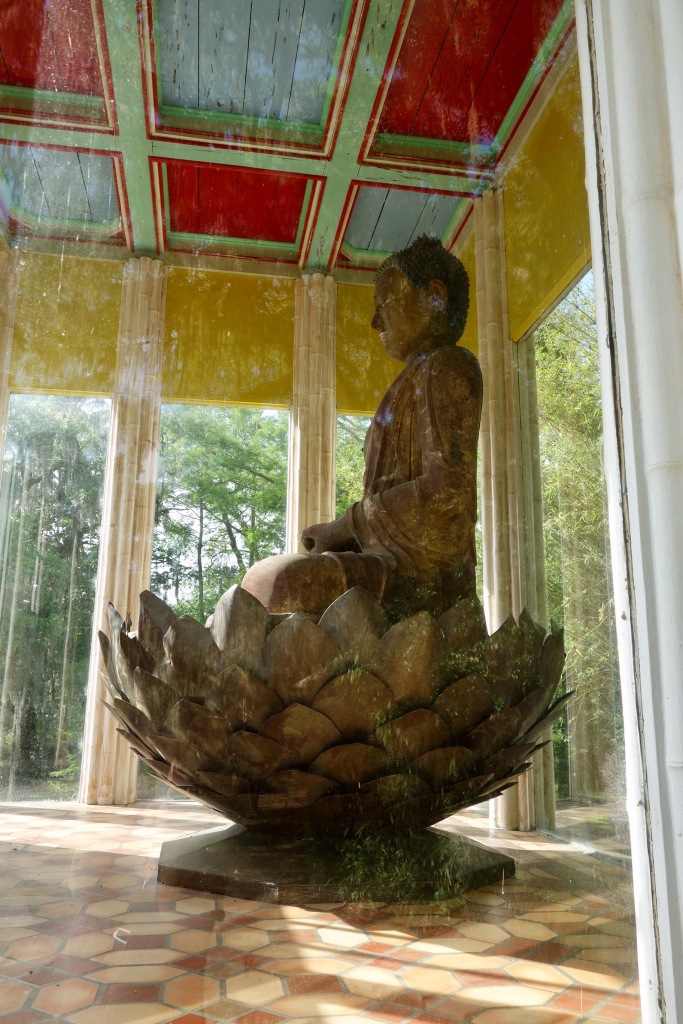 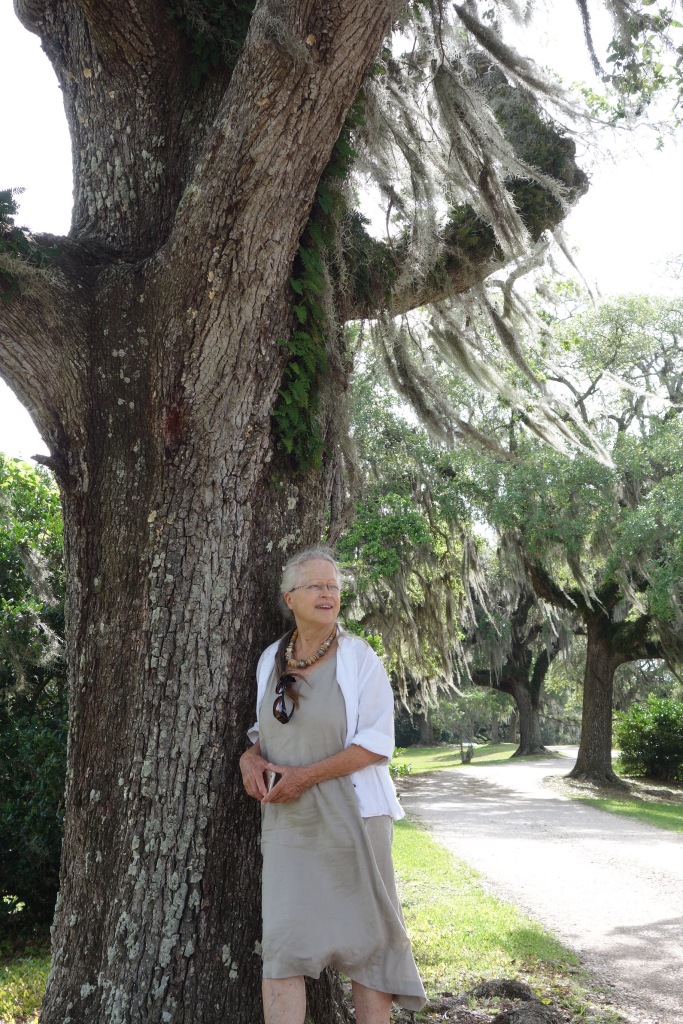 Beautiful Maggie under a live oak with Spanish moss

Our final day, Mark took us for a cruise on the Atchafalaya (pronouncing it incorrectly,  accenting the 2nd syllable finally after 20 tries). This magnificent basin is about 17-20 miles wide and 150 miles long, existing primarily to relieve flooding for the NOLA & Baton Rouge areas. Our highlights were seeing the magnificent cypresses, some housing wood duck boxes, and alligators. Mark showed us an osprey nest high atop a cypress.

The bridge pillars were hollow, and went into the mud, about 30 feet deep. 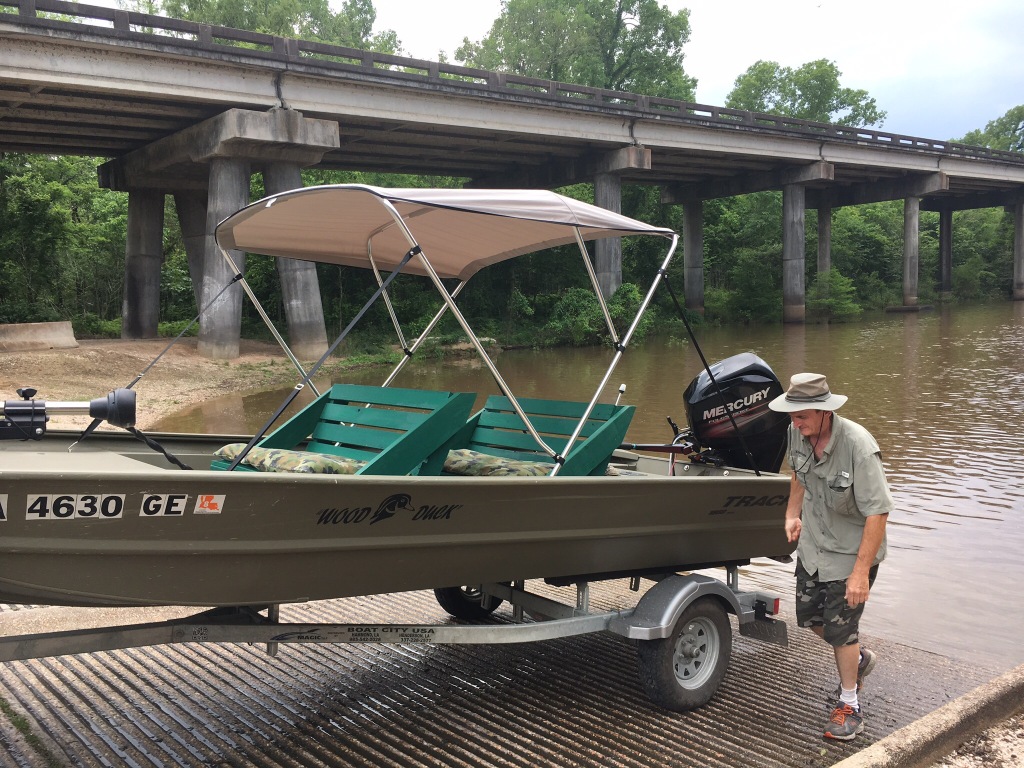 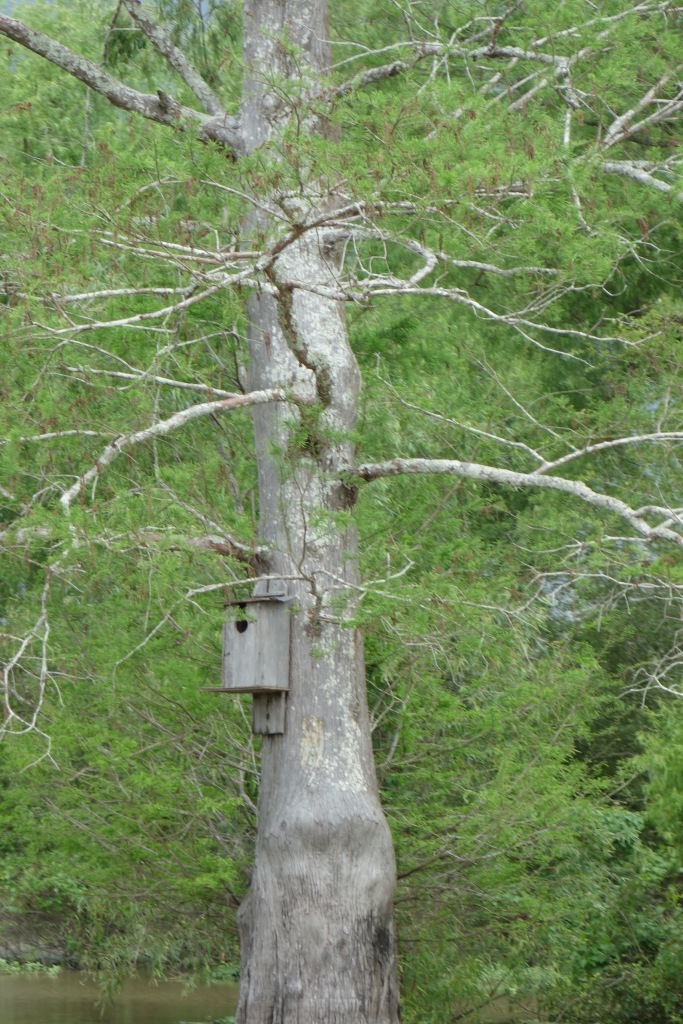 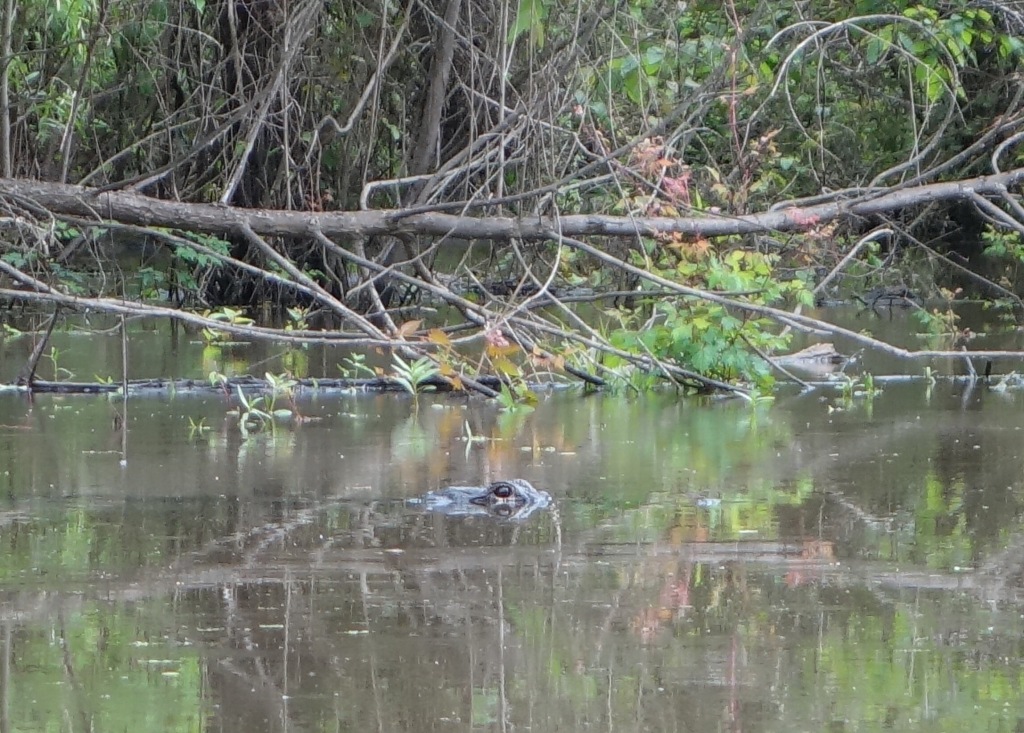 Farewell to the Atchafalaya, and on to Denham Springs reunion with Mary & Bob!