What better thing to do, while waiting out a thunderstorm and tornado watch in New Orleans, than to get caught up on the past week and a half? When we last left you, faithful readers, we were in Denham Springs, LA. Mary and Bob took Maggie and me to Lake Martin about 2 hours to the east, and we had a wonderful fried catfish lunch at Buck & Johnny’s in Breaux Bridge.

Note the oil can light fixtures

We got our alligator fix by walking the shore of Lake Martin, and also saw some wood ducks, recently hatched turtle eggs and herons. 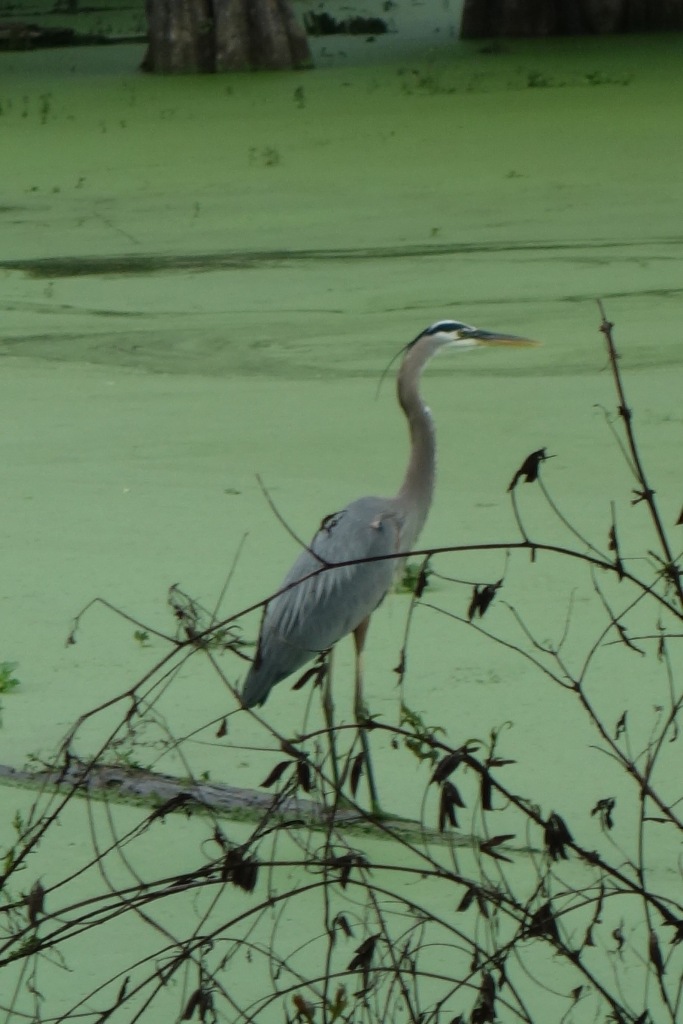 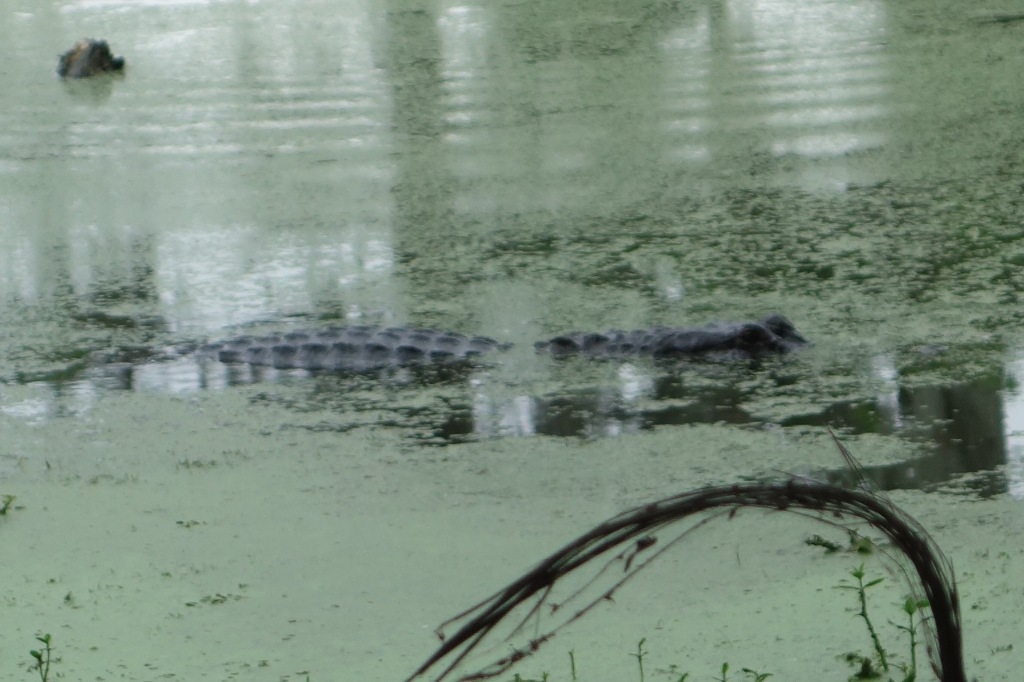 The rest of our trip should have been less than ‘a 3-hour tour’ (as in Gilligan’s Island), but as evidenced by this small sampling of billboards that dominate the Louisiana Interstate – seriously, I took photos of all these billboards in the space of 2 minutes, and didn’t even capture them all! Bob and Mary shared the story about how a little boy somehow idolized Morris Bart, one of the more ubiquitous attorneys, to the point where he had a Morris Bart-themed birthday party and dressed like him. They invited him, but he declined – sad!

Gordon McKernan actually had a billboard quoting the Bible (?) that said, “Blessed are those who mourn” 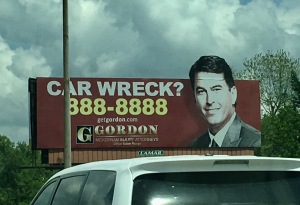 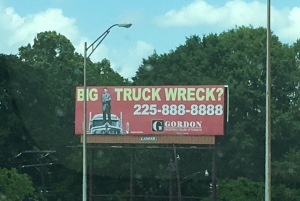 His building had a huge ‘GK’ identifying it. And a 3-D billboard like this one of him standing on the hood of the truck cab.

We were soon to learn why all these attorney billboards – when we were 30 minutes from Denham Springs, we hit a traffic snarl on the Interstate, which soon turned into a complete standstill – FOR SIX HOURS! We saw a big black plume of smoke (ahead of us by 2.5 miles), that was the impact of two semi’s colliding (with a car caught in between). It took 6 hours to put out the fire and clear the debris – the image of the burned & melted trucks & car was the most horrific accident I’ve ever seen. While it was an inconvenience, we counted ourselves lucky that we weren’t closer to the accident, and ended up befriending a Mexican truck driver, Mauricio. With Maggie’s bit of Spanish, we talked and showed photos of our kids (& grandkids) from our phones. And in the car, the 4 of us shared stories and jokes (we heard several Boudreau and Thibodeau jokes, a staple in Acadiana). Definitely making lemonade from lemons… it’s all in the attitude!
We were a bit keyed up and hungry when we finally got to their house after midnight, and we women stayed up into the wee hours doing ‘women-talk’… Poor Bob had to get up in the early morning and teach a class! Luckily he had graded papers in the car on the way to the lake. So ended (& started) our last day in Denham Springs. We ended with a tearful goodbye, and picture taking on the porch (bottom border is surface that my camera was resting on). We will be back! XOXOX